"As a transit service provider, we have a lot of unmanned locations. We need to have visibility of all our field equipment."

Nine years ago, at the onset of a new millennium, NJ Transit was at a crossroads. Up to that point, NJ Transit relied on a certain legacy monitoring system systems to give them some visibility of their transit lines. "This system came with one of our rail lines," said Tom Cantwell, Manager of Radio Systems at NJ Transit. "At that time, it was the only transit line that we had monitoring on."


With an embedded, aging monitoring system in place, Cantwell didn't have access to the complete and detailed alarm information from the devices at remote sites. "As a transit service provider, we have a lot of unmanned locations," Cantwell said. "We need to have visibility of all our field equipment." With their railroad lines carrying mission-critical circuits, including their SCADA gear, NJ Transit would not stake their operations on a legacy system. 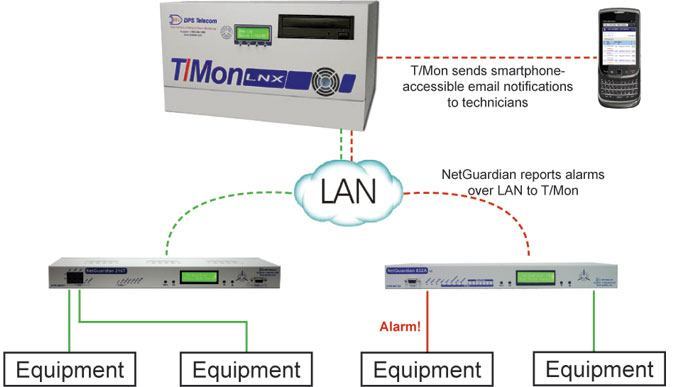 DPS Telecom provides NJ Transit with a solution for their unmonitored, unmanned sites...
While looking for a monitoring solution, NJ Transit expected high costs and compatibility issues to be a problem. NJ Transit was looking for a monitoring solution that could be deployed at their remote, unmanned locations. "We first hooked up with DPS in 2000," said Cantwell. "We deployed a new DPS system in over 20 locations. Now we have over 50 unmanned locations supported by DPS monitoring equipment."

"We like to know when T1 are taking hits. We can take a look and repair that before we lose any service going over the T1 lines...,"

NJ Transit discovered DPS equipment that offered near-real-time notifications and detailed alarm data. "We have 2 microwave towers with FAA-required lighting. The KDAs monitor the lights for us," said Cantwell. "They give us real-time information if the lights go on at night and turn off in the day or if a light bulb burns out."

NJ Transit deployed 20 KDAs and 20 NetGuardian 832As at various remote sites, providing them with accurate visibility of all their transit equipment. They've recently deployed NetGuardian 216 remotes, which are a better fit for some if their smaller sites.

At sites with T1, the NetGuardian 216T has proved especially effective. "A number of our rail lines have T1 equipment," said Cantwell. "We like to know when T1 are taking hits, so we can repair that before we lose any service going over T1."

T/Mon upgrade allows for quicker response time...
Not only has NJ Transit improved their fleet of alarm remotes, they've improved their central office equipment, as well. "Our biggest recent improvement was upgrading our T/Mon," said Cantwell. "Our original T/Mon was installed in 1999, and in 2007 we upgraded to the new T/Mon with dual power supply and backup redundant hard drives."

One way Cantwell uses T/Mon at their central office is as a paging system for technicians. With the improvements made on the new version of T/Mon, Cantwell no longer worries about missing alarms. "If people in the office don't acknowledge an alarm within a certain length of time, it will notify everybody out in the field - management, supervisors, technicians - to know what's happening in their areas," Cantwell said.

Cantwell is an avid supporter of the newer T/Mon system. "The new T/Mon has LAN connection, which allows us to do a lot more," he said." "It's like going from a Model T up to a Porsche. It's a huge improvement." Since upgrading to the T/Mon NOC, Cantwell has experienced quicker response and repair time with the help of fast, reliable alarm notification and detailed alarm data. "Response time is a lot better," said Cantwell. "It's easier to service."

Cantwell was also enthusiastic about future applications of T/Mon. "In the future, we are looking to take the T/Mon's email functionality and tie it into the company's email system. This would provide notification to all our techs as needed."

An introduction to Monitoring Fundamentals strictly from the prospective of telecom network alarm management.