This interview was held with Steve Smith of Sprint PCS. DPS' Director of Technical Sales Eric Storm conducted the interview. 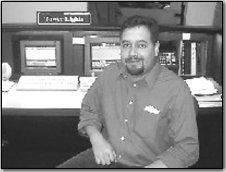 Storm: "How long have you had the DPS system?"

Smith: "It's been 4 years. DPS was the first system we've had since we started our buildout. That is, before we had network connectivity at the sites, we had towers out there and we used the DPS system primarily to monitor our tower lights but we also use DPS equipment to monitor cell site generators, doors, on-site equipment cabinets, etc."

Storm: "Over the years you've been adding additional masters so it looks like you've been expanding quite a lot."

Smith: "Absolutely. After our first buildout, it took about 1-1/2 years, but afterward as we expanded, we realized we needed additional DPS boxes."

Storm: "During that time have you ever had the need for tech support?"

Smith: "Yes, absolutely. On occasion we've been assisted by John Maldonado. He's always been very helpful, courteous and always solved our problem. We were experiencing a memory fault error. We called DPS and within 2 minutes we had the problem solved, so we were very happy about that."

Storm: "You mentioned that you had a back up system as well. Was that part of a disaster recovery plan?"

Smith: "Absolutely. Since we are based in Kansas we are in tornado alley, so any time they issue a tornado warning, we will usually evacuate the NOC to a back up NOC, which is an underground bunker to protect the equipment from the elements. Generally, 3 or 4 times a year we will end up in the back up NOC, at which time all we have to do is fire up the system and we are ready to start polling again. In the beginning when we first brought it in, it was intended to be our transitional system, that is something to get us where we needed to be until such time as we had a permanent fault management system in place. But because it was so dependable and worked so well it stayed. I don't think there will ever be a time when we won't have DPS monitor our tower lights."

Editor's note: T/Mon Story is a report of actual case history with an interview of the principle participant. Permission to use the names of the individual and company are obtained before publishing.