KMC Telecom Saves $2 million Per Year Due To Monitoring

Why pay someone to do something you can do yourself? That was the question KMC Telecom Holdings, a fast-growing integrated provider of voice, data, and Internet services, asked itself in 2001.

Until last year KMC relied on an outsource provider to monitor its fiber-optic network, which stretches over 30,000 miles across 35 states. KMC decided it could save money by monitoring their network themselves. KMC created a highly successful network operations center in Huntsville, Ala. Since the Huntsville NOC began operation, KMC has saved substantially on operations costs while creating a real-time monitoring capability that proved itself during November's tornado strike.

"It's really added to our peace of mind to be able to see what's going on in real-time ..." 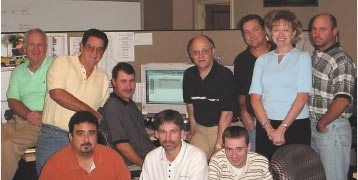 In reliable hands: KMC Telecom's team now has total control at their fingertips. They no longer have to pay for outsourced monitoring and are finding their response times to network outages have improved now that they can view alarm events in real-time.

Opening the NOC a Milestone in KMC Telecom's Growth

KMC's move from outsourced to in-house monitoring was one more milestone in the telecom's growth from start-up to major-league CLEC. KMC had outsourced network monitoring since the foundation of its fiber-optic network in the mid-1990s. The growth of the company and its network had by 2001 created a situation where it was both possible and necessary to use economies of scale to cut operational costs.

"We'd outsourced our monitoring since we deployed our facilities network," says Harold Moses, director of operations for KMC in Huntsville. "For most start-ups, it's not economical to do these things for yourself. But as the network grew, it became more and more practical for us to take monitoring in house. We're looking at cost savings and how to integrate costs."

Moses says that operating its own NOC has saved KMC millions. "We've cut the operational expenses significantly. The total project resulted in about $2 million a year in savings. The NetGuardian equipment was a part of that."

The Huntsville NOC relies on the alarm collection capacity of DPS Telecom's NetGuardian. KMC has NetGuardians in 48 different locations across the United States, where they monitor the integrity of KMC's fiber-optic network as well as environmental, power, and security alarms in KMC's numerous remote sites.