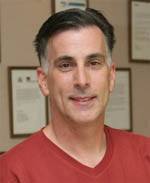 National Grid, one of the largest investor-owned utilities in the world, is an international electricity and gas company, operating in growing markets. As the second largest utility in the US, the company delivers electricity to approximately 3.3 million customers in Massachusetts, New Hampshire, New York and Rhode Island, and manages the electricity network on Long Island. National Grid is also the largest distributor of natural gas in the Northeastern US, serving approximately 3.5 million customers.

"The main thing is getting a jump on problems or issues. That's really been beneficial for us."

Joel Beecher is a Communications Technician at National Grid, part of a group that works to protect service reliability for millions of customers. To do that, they use a monitoring system that includes 3 T/Mon LNX master stations, plus KDA and NetGuardian alarm remotes. "We've been using DPS since KDA's," Beecher said. "We converted from our older RTU's, and we went to the KDA's."

For Beecher, the benefit of good network monitoring practices is clear. "The main thing is getting a jump on problems or issues," he said. "That's really been beneficial for us."

New Alarm Master Features Create New Options
Beecher recently visited DPS for Advanced Factory Training, where he learned about several new features of T/Mon LNX that eliminate manual alarm databasing. "The biggest feature improvements I've seen are auto-databasing ASCII and auto-databasing SNMP," he said. "For a lot of our alarms, we haven't been able to get them onto the screen. Now we can do that with those functions."

"The auto-databasing SNMP in T/Mon will allow us to see that we've got an issue riding around the ring."

Beecher continued with a specific example. "From a Metropolis DMX, we already get the basic SNMP alarms like OC-48 Loss of Signal,TBER , AIS conditions or Timing Holdover " he said. "But on the path around the ring itself, there will be other SNMP traps that we see come in. We don't have them set up right now. The auto-databasing SNMP in T/Mon will allow us to see that we've got an issue riding around the ring."

Good Alarm Monitoring Protects Against the Unexpected
Most of the time, National Grid's monitoring investment pays off by protecting against conventional network threats. One time, however, Beecher got a very interesting story to tell.

"When we first started doing the SNMP traps, we actually got an "OC-48 loss of signal" alarm," he remembers. "What it turned out to be was that some hunters had shot up the fiber. Because we had monitoring in place, we got a head start and determined that there was an issue. We put an OTDR (Optical Time-Domain Reflectometer) on the fiber and determined how far out the problem was. This helped our people concentrate on a certain 1-2 mile area down from 50 miles . When they found the problem, we were told , 'Yeah, they shot at the cable right there."

"Because of that extra layer, we get the notification early. A lot of times, when the network control center will call, we'll say 'We're already aware of it and we've got people on the scene.' It's not a surprise."

Regional Monitoring Gives Local Repair Teams a Head Start
Beecher is able to monitor alarms directly on his T/Mon LNX, which is then interrogated by a higher-level master. This local visibility dramatically reduces alarm response times, while still providing a comprehensive view at the network control center.

"Instead of alarms taking an extra step where the NOC center has to wait 10 to 30 minutes and then call the supervisor for that area, we already see it and we're already starting on it," he said. "Because of that extra layer, we get the notification early. A lot of times, when the network control center will call, we'll say 'We're already aware of it and we've got people on the scene.' It's not a surprise."

Advanced Training Class Provides New Monitoring Insights
To get the most out of National Grid's investment in T/Mon, plus KDA and NetGuardian remotes, Beecher recently attended the first annual Advanced Factory Training session at DPS Headquarters.

"The advanced class was very good," he said. "It was a little bit of a refresher class, too. There are more features I never really knew about which will make things easier for us."

With plenty of T/Mon experience under his belt, Beecher was able to more out of the Advanced class. "Now that I've been able to use the LNX for a while, that helps," he said. "There are things that I'm learning and seeing from being here that, in the first class, I never picked up."

To receive a price quote or ROI analysis...