It is difficult to imagine a more demanding environment for telecommunications equipment than the New York City subways.

Carrying over 4 million passengers on an average weekday, the subway system places huge demands on its internal signal, control, and communications network - which, like the trains, must run 24 hours a day, every day of the year. 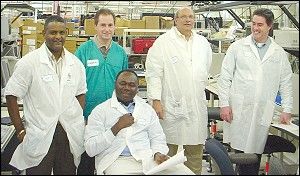 To meet these demands and create increased capacity for future services, the New York Transit Authority (NYCT) has undertaken a proactive project to create a new network for the 21st century.

The $141 million project will upgrade a key fiber optic network connecting 188 subway stations across Manhattan, Queens, Brooklyn and the Bronx to an ATM/SONET voice and data network. According to NYCT senior director Warren Hochman, the new network will enable NYCT to offer new passenger services.

"This network will bring us into the future and provide better service both to our user departments and the public," said Hochman. "The project is going to have a big impact on our customers - we'll have an enhanced public address system, an enhanced MetroCard system, and enhanced safety."

"We needed a telecommunications-type alarm system that was carrier-grade, NEBS-compliant, and able to handle legacy protocols."

Hochman added that the new network will create an infrastructure ready for future, high-bandwidth information technologies. "This is a network that we can use now and in the future, with additional bandwidth for new technology," said Hochman. "Now we have new IT and data transport needs. And in the future we'll be using CCTV video equipment, and we'll need more bandwidth for that."

Hochman said that the future video network would be used for a variety of applications, including security, passenger safety, and estimating passenger loads.

Of course, providing these services requires the highest levels of system reliability. Implementing a new network monitoring system has been an essential part of the project.

"Basically, all our systems are critical," said Hochman. "Signals, control, power systems, emergency telephones, emergency communications, third-rail connections. We have to know immediately if a network is going south, and we have to be able to respond 24/7."

"We needed a telecommunications-type alarm system that was carrier-grade, NEBS-compliant, and able to handle legacy protocols," said Hochman. "We are migrating off legacy equipment, but there's some TBOS and TABS equipment that we want to retain," said Hochman. "It's very important for us to have a NEBS product, and so we first looked at the NetGuardian. Then after a meeting with Eric [Eric Storm, DPS Telecom executive vice president of sales] we discovered that the NetMediator had TBOS and TABS, and that it was a simple, soft migration to integrate them."

Alarm data from the NetMediators is forwarded to dual-redundant sites in Manhattan and Brooklyn. At each site, alarms are collected by a Telcordia master with a DPS Telecom IAM-5 serving as a backup system.

Do you have questions about the NetMediator?
Give us a call at our toll-free number and talk to one of our specialists. They'll help answer any questions you may have.